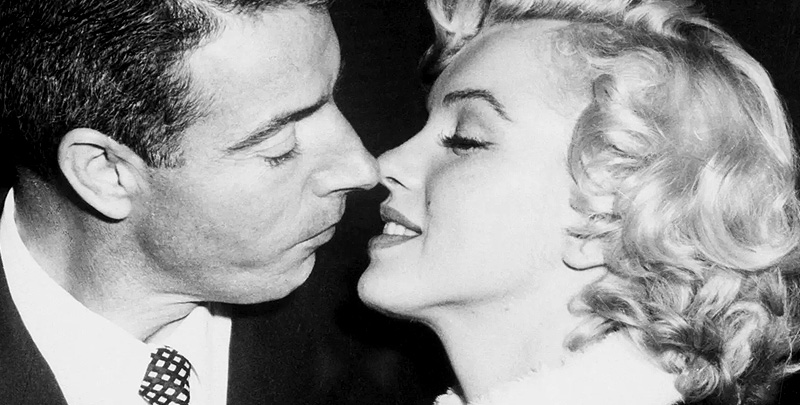 People who are big fans of Hollywood movies and even those who do not know who Marilyn Monroe is. She was one of the most iconic actresses of the 20th century. Marilyn was also one of Hollywood’s most marketable stars. Her memorable leading roles include the ones in Niagara, Gentlemen Prefer Blondes, and How to Marry a Millionaire.

In the mid-20th century, she became one of the most popular sex symbols. Considering these facts, you won’t be surprised to know that she attracted rich and famous men. Here we’ve listed some of the famous men, on whom she had cast a spell during those times:

Her marriage to this retired American baseball centre fielder in 1954 was a major news item. He was a great admirer of the acting prowess and intelligence of Marilyn. However, their relationship was troubled from the beginning owing to his controlling attitude and jealousy.

Immediately after the famous skirt-blowing scene being filmed, a violent fight occurred between the two. DiMaggio was of the opinion that she was very sweet and vulnerable. He also stated that this made it very easy for people to take advantage of her. They got divorced just nine months after their marriage.

Marilyn’s alleged affair with the then President of the United States was among the most significant aspects of her life. According to the rumours, their affair began with her performance of the song ‘Happy Birthday, Mr President’. She drew attention with her beige skintight dress, which was covered in rhinestones. She sang this song at the early birthday celebration of the President at New York’s Madison Square Garden.

Her smoky, breathy voice made the simple tune of a birthday song sound a bit risque. No one ever knew what happened between these two famous personalities. Some were convinced that they had an affair and some didn’t believe something like that ever happened. Nevertheless, their relationship had a long-lasting hold on the public imagination. The rumours continue today.

Even the second popular member of the Kennedy household was not spared. According to one of the biographers of Marilyn Monroe, she did have an affair with Robert F. Kennedy. The FBI also released a file that warned him about a book that would talk about their affair. One of the most substantial pieces of evidence is a letter that Marilyn received from Jean Kennedy Smith.

She was the sister of Robert F. Kennedy. The letter provides evidence that Jean Kennedy Smith was aware of the relationship between her brother and Marilyn. It also hints at the fact that the Kennedy family approved of their relationship.

He was among the key figures of the 1960s counterculture. LaVey founded the Church of Satan. It embodied the interest in non-Abrahamic religions and the Sexual Revolution. Anton LaVey was a born showman and his showmanship involved lying about certain things. He claimed that he had an affair with Marilyn Monroe.

According to his fellow Satanists, his claims were fabricated. Apparently, LaVey was obsessed with Marilyn. He also befriended Jayne Mansfield, who was another blonde actress of the era. She was often compared to Marilyn Monroe.