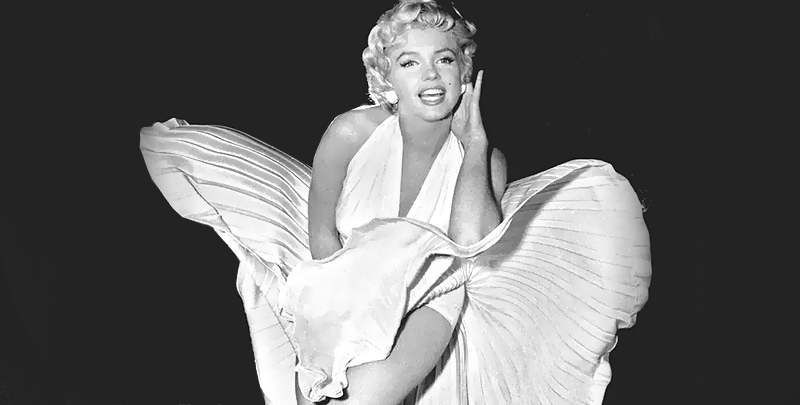 Marilyn Monroe has continued to rule the hearts of millions even after so many years of her death. Despite being quite a complicated woman, she was truly charming and intriguing. Although she didn’t have a good background, she rose to fame and became known across the world. Many wonders where she’d be today if she continued acting and hadn’t died at the age of 36.

Maybe she would’ve continued acting and might’ve even enjoyed an Oscar-winning career. There are many things about her that would remain a mystery. However, there are some interesting and lesser-known facts about her that everyone must know:

Marilyn Monroe owned over 400 volumes of books at the time of her death. This included many first editions. Her bookshelf was quite impressive and fascinating. She was very fond of photographs among the many thousands that showed her reading.

Once a director had found her reading Letters to a Young Poet by R.M. Rilke. He curiously asked her how she had chosen it. She admitted that she went to the Pickwick bookstore on nights when she had nothing else to do. Then she opened books at random. Once she liked a page or paragraph from the book, she’d buy it.

2. Marilyn was not comfortable in front of the camera

The fact that she was an experienced actress didn’t make her camera-friendly. Don Murray, an Oscar-nominated actor had worked with her in Bus Stop. He had noted that when she was in front of the camera, she was never fully comfortable.

This was extremely surprising, given the fact that she was a talented actress. Don Murray further stated that she would forget many of the mechanical techniques. In his opinion, this showed her lack of confidence despite being loved by the camera.

3. Her first marriage was arranged

Marilyn Monroe was born Norma Jean Baker. She was frequently in state care, foster homes, and with several family friends as a child. When she was a child, her mother and her father had been committed to a psychiatric facility. If Marilyn had not married, she would have ended up in an orphanage.

When she was 15 years of age, she was staying with a family friend called Grace Goddard. A 20-year-old James Dougherty was considered for an arranged marriage. Dougherty later said that Marilyn was awfully young, but they talked and got along pretty well.

4. No one believed Gladys Baker was her mother

Her mother, Gladys Baker, was diagnosed with bipolar disorder. As she was frequently in and out of psychiatric care, she took Marilyn to a foster family. For the rest of her childhood, she was in several foster care homes and orphanages.

As a result, she never had a close relationship with her mother. When Gladys Baker told everyone that Marilyn Monroe was her daughter, no one believed her. They dismissed what she told, thinking that it was one of the delusions resulting from her schizophrenia.

5. Her glow on camera was not quite natural

Marilyn Monroe applied a layer of Vaseline or Nivea Creme before putting on her makeup. She believed it would give her an extraordinary glow on film. She also stayed out of the sun as far as possible. As she liked to feel blond all over, she was against a deep tan. She had once said that sun-tanned skin wasn’t that attractive or even healthier.