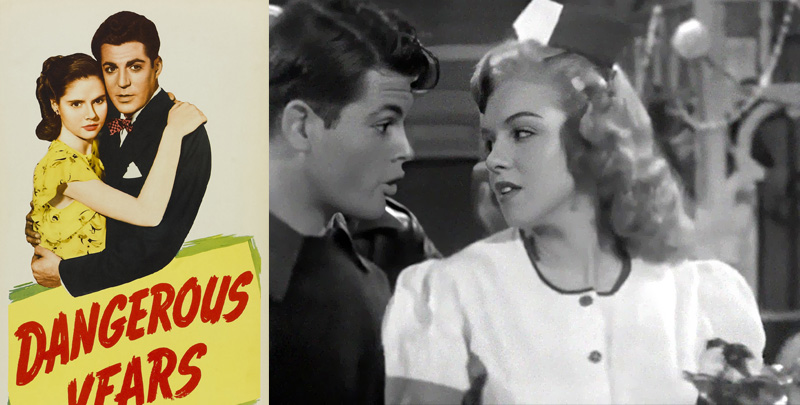 Between 1946 and 1961, Marilyn Monroe appeared in 29 films. Her major breakthrough came in the form of three films released in 1953. They were Niagara, Gentlemen Prefer Blondes, and How to Marry a Millionaire. After these three films, she became the most recognizable person in the United States.

The most famous scene of her career was the air blowing up her skirt in The Seven Year Itch. However, in the first few years after her brief career in modelling, she appeared in minor roles. Here are some of her earliest films:

This American drama film was released in 1947 and was directed by Arthur Pierson. It starred Ann E. Todd and Billy Halop. Marilyn Monroe made her first on-screen appearance in this film as Evie, the waitress. In recent times, this film is mostly sought out for Marilyn’s first onscreen performance. It had received a poor critical reception upon its release.

Written and directed by F. Hugh Herbert, this film was released in 1948. The screenplay was adapted from George Agnew Chamberlain’s novel of the same name. It is about two antagonist stepbrothers who live with their mother on a mid-western farm.

One of them works with a neighbouring farmer. He buys a pair of mules for the farmer and must learn to train them. Both of these brothers are in love with the farmer’s daughter and have to compete for her affections. Marilyn played the role of Betty in this film, which was hardly a two-second role.

Love Happy starred the Marx Brothers and was their 13th and final film. This musical comedy was directed by David Miller and released in 1949 by United Artists. It features a walk-on by Marilyn Monroe, who was relatively unknown at the time.

It is regarded as the weakest movie of Marx Brothers by critics and fans. Years later, Groucho Marx described Love Happy as a terrible movie. He praised Marilyn for the lasting impression she had made during her screen test.

4. A Ticket to Tomahawk

A western musical comedy film directed by Richard Sale, A Ticket to Tomahawk was released in 1950. In this film, Marilyn Monroe appeared in one of her earliest roles. She played the role of Clara in this film. Also starring in the film is a steam locomotive known as ‘Emma Sweeny’.

It was a ten-wheeler built-in 1899 by Schenectady Locomotive Works. It was dressed up with headlight, false smokestack, and other parts to appear older in the film. The wooden model of this steam locomotive was put on display later in Jackson, California.

Released in 1950, this is a heist film directed by John Huston. It is based on a novel of the same name, written by W.R. Burnett. The film had four Academy Awards nominations. It narrates the story of a jewel robbery that takes place in a Midwestern city. The film was selected for preservation in the United States National Film Registry in 2008. Marilyn Monroe appears in one of her earliest roles in The Asphalt Jungle. According to MGM, the film made a profit of only $40,000.