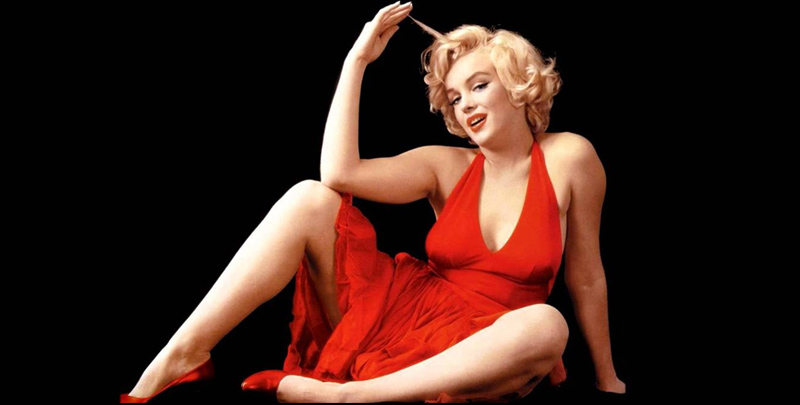 Despite having just 29 films to her name, Marilyn Monroe left her mark in the world of cinema. Her blondness, attractive curves, and that mischievous pout continue to mesmerize her fans worldwide. Among the most memorable aspects of her career in films are the costumes that she wore.

Designer William Travilla often used high-quality materials with vibrant colours to put her in the spotlight. Here we present some of the famous costumes worn by the blonde bombshell:

In the film, Marilyn allows the air from the metro to blow her skirt in a floating motion. This scene was made memorable with the two kisses between Tom Ewell and her. Well-complemented with white heeled sandals, this dress mirrored the personality of Marilyn.

In the film How to Marry a Millionaire, she appears dressed in a fuchsia satin one-shoulder dress. This happens while Lauren Bacall and Betty Grable are getting ready in the powder room. Yet another brilliant work of designer William Travilla, this dress is among the several iconic outfits in the film.

Some of them include a white pencil dress with a fur stole and a white dressing gown. All the costumes that Marilyn wore in this film is a testament to mid-20th century fashion.

Gentlemen Prefer Blondes was released in 1953 and featured several musical numbers. Among them was the immensely popular ‘Diamonds are a Girl’s Best Friend’. It showed Marilyn Monroe in her beautiful pink dress. She follows a procession of dancers moving in their flouncing dresses and sings this famous song.

Her pink bustier dress was made even more attractive with the evening gloves. Her fellow characters and audience are charmed by the radiance on her face. The original costume for this song was intended to be a lingerie outfit. The pink dress was designed at the last minute by William Travilla.

Marilyn showed that she can be ravishing even in the most ordinary outfits. The mauve sweater that she wore in Let’s Make Love made her look absolutely gorgeous. Accompanying this cable knit sweater is a pair of black tights. She plays Amanda Dell in this movie, whom Jean-Marc Clement meets when he arrives in New York.

He is there to watch the rehearsals of a satirical play, which is based on his life. In the scene, he unexpectedly comes face-to-face with this ravishing beauty. Let’s Make Love was released in 1960 and was Marilyn Monroe’s last musical performance.

William Travilla allowed his imagination to run wild in the movie Gentlemen Prefer Blondes. He was inspired by the blonde bombshell’s alluring curves. It led him to create yet another fascinating outfit in the form of the famous golden dress. It was visible only for a few moments in the film but was truly a cinematic masterpiece. The designer had stitched it onto her body, causing it to drape her curves perfectly.