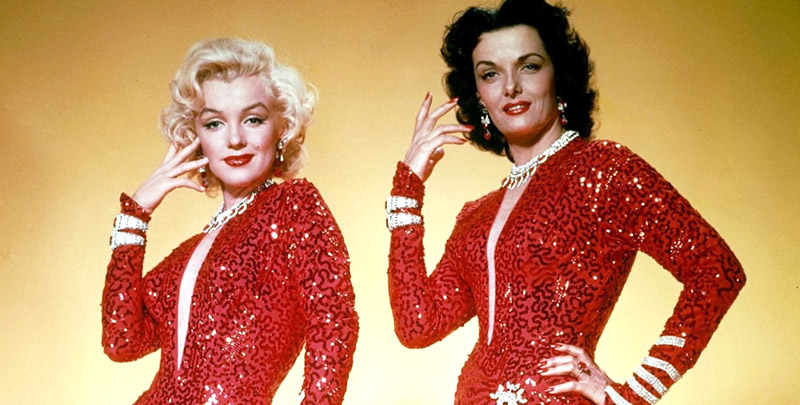 Marilyn Monroe is undoubtedly one of the most desirable actresses of all time. It does come as a surprise that she never won an Academy Award. Today, the actress is greatly recognized for her comic subtlety, but she wasn’t considered as talented back then. She received lower pay as compared to her counterparts in Hollywood.

However, many years later, she became renowned for her sex appeal as well as her acting. The American Film Institute recognized her as the sixth greatest female movie star of all time. These are some of her best films you must never miss watching:

This film released in 1950 features Marilyn Monroe in one of her earliest dramatic roles. It was entered in the United States National Film Registry in 1990 for preservation. All About Eve is considered widely as one of the best films of all time.

Marilyn plays the role of Miss Casswell in the film. Although she had a small role, she held her own with legends, such as Bette Davis and Anne Baxter. This film received 14 Academy Award nominations in 1951. It was the most number of nominations for any film at the time.

A noir psychological thriller, Don’t Bother to Knock received mixed reviews from the critics at the time. Marilyn Monroe played the role of Nell Forbes, a disturbed babysitter. In this 1952 film, she cares for the young daughter of two hotel guests.

Things take an unexpected turn when it is revealed by Bunny that Nell is not a fellow hotel guest. It was noted in many reviews that the blonde bombshell was an odd choice for the dramatic role. She strongly hit back against this opinion throughout her career.

In this film released in 1953, Monroe co-starred alongside Jane Russell. She had one of her biggest roles in Gentlemen Prefer Blondes. Her performance in this film is considered to be the most iconic among all her other performances. After watching this film, many among the audiences and critics thought she was a dumb blonde in real life.

She was praised for her comic timing, dancing, and singing in this film. It showed that she had considerable talents. The film is about two showgirls who are best friends. On their trip to Europe, they get into all sorts of trouble on the way.

It is this particular film that made Marilyn Monroe extremely popular. The film was released in 1954 and contains one of the most popular scenes in film history. It is the widely-known ‘subway grate’ scene. It shows her white dress being blown over her head by the air from a passing subway train below.

This scene also became one of the most famous photographs of all time. In this film, she plays the role of a girl living upstairs from Tom Ewell. He plays the protagonist Richard Sherman in the film. He is portrayed as a businessman who is left alone in Manhattan for the summer.

This 1956 film was her first starring role in a dramatic film and got mixed reviews. Monroe’s performance in Bus Stop was praised by many critics. It was a brave move for this actress to perform a role that made her look less talented. The pale makeup that she wears in this film also dampened her beauty. In this film, she appears to have made an attempt to be taken seriously by Hollywood.