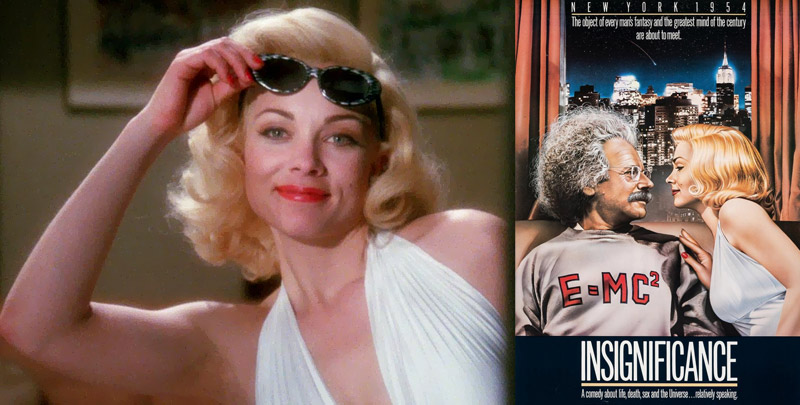 Marilyn Monroe was one of the immensely popular sex symbols in the mid-20th century. Even after so many years of her death, she continues to be one of pop culture’s greatest icons. Over the decades, many actresses have posed as Marilyn Monroe at some point in their film careers.

It is a matter of prestige for actresses, it seems, to pose like Marilyn Monroe. While some of them portrayed her really well, others were not so impressive. Here are some of the actresses who received a lot of praise for their portrayal of the blonde bombshell:

Born Misty Rose Thornton, she is known for her role in the television series ‘Hee Haw’. She had many television appearances in the 1980s, including the ones in the ‘Fantasy Island’ episodes. And also portrayed a country music singer in ‘Airwolf’.

She has played Marilyn Monroe on the screen twice. One was in ‘Goodbye, Norma Jean’ and the other was in ‘Goodnight, Sweet Marilyn’. She had appeared as a featured model in the Playboy magazine in 1976.

With a career spanning more than four decades, Theresa Russell featured in over 50 films. They included mainstream, experimental, and independent films. She was born in San Diego, California as Theresa Lynn Russell. After dropping out of high school at the age of 16, she began modelling.

Her first film was ‘The Last Tycoon’, which was released in 1976. She played the role of Marilyn Monroe in the experimental film by Nicolas Roeg titled ‘Insignificance’. This British comedy was released in 1985. In most of the parts of this film, she wears Monroe’s iconic white halter dress.

In 1991, she portrayed Marilyn Monroe in the American television film, ‘Marilyn & Me’. Griffiths was chosen for this role owing to her uncanny resemblance to Monroe. This film is about the life of Robert Slatzer, who claimed to have married the blonde bombshell.

He was an American writer. According to Slatzer, the two had met when she had just begun her acting career. In the film, Marilyn is shown as being torn apart between her lover and her career.

The most high-profile role of this actress was that of Dale Arden in the 1980’s ‘Flash Gordon’ adaptation. Later, she starred with Chuck Norris in ‘Firewalker’, which was released in 1986. Her training in acting got her different kinds of roles in films and television series.

She played the much-desired role of Marilyn Monroe in ‘Marilyn & Bobby: Her Final Affair. This television film was released in 1993. Her last appearance on television was in 1995 as a guest star in ‘Burke’s Law’. She is now a Canadian social worker and public speaker. She often speaks on the impact of addiction on families.

This American actress, producer, and writer is known for her television roles in ‘Pensacola: Wings of Gold’. She starred as Marilyn Monroe in the HBO film, The Rat Pack. She played a leading role in ‘A Perfect Ending’, an independent film released in 2012. Barbara is now a media trainer, motivational speaker, and animal rights activist.