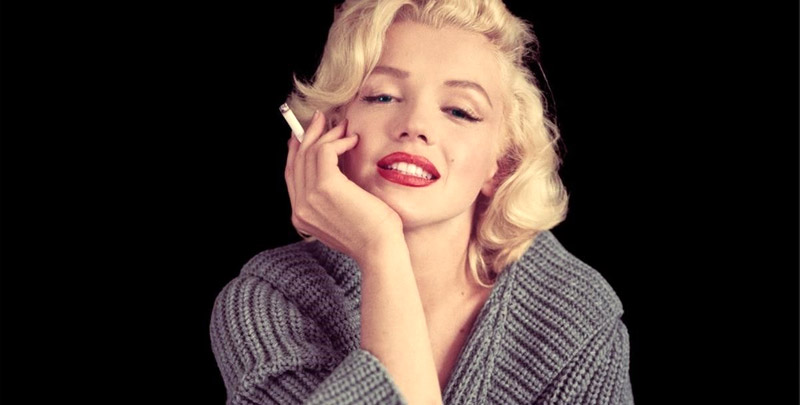 Born Norma Jeane Mortenson on the 1st of June, 1926, Marilyn Monroe is known as the ‘blonde bombshell’. She was among the most popular sex symbols of the mid-20th century. Even today, she is regarded as a major icon of popular culture.

Marilyn was ranked sixth by the American Film Institute among the greatest female screen legends from Hollywood’s Golden Age. During her film career, her private life received much attention and was highly publicized.

Marilyn was born to Gladys Pearl Baker at the Los Angeles County Hospital. Her mother belonged to a poor Midwestern family. She worked at Consolidated Film Industries as a film cutter. When Gladys was 15 years of age, she married John Newton Baker.

He was nine years her senior and was an abusive man. Their marriage didn’t last long and she successfully filed for divorce. Baker kidnapped their two children who were granted her custody. He then moved to Kentucky with them.

Modelling and her first film

On the 19th of June, 1942, Marilyn married James Dougherty just after she turned 16. She became a housewife, but she experienced extreme boredom. Dougherty was listed in the Merchant Marine in 1943. In 1944, he was sent to the Pacific for two years. Marilyn started working at the Radioplane Company, where she met a photographer called David Conover.

She began modelling for him and signed a contract in 1945 with the Blue Book Model Agency. She was featured mostly in men’s magazines. Eventually, she straightened her hair and dyed it blonde to increase her chances of being employable. As her husband was against her career, she divorced him in September 1946. A year later, she got her first film role in Dangerous Years.

After her bit roles in a few films, she emerged as a sex symbol after her major releases. By 1953, she was one of the most bankable performers in Hollywood. Among her major films was Niagara, which featured her as a femme fatale.

In Gentlemen Prefer Blondes, she grabbed the role that was originally intended for actress Betty Grable. This film was among the biggest box office successes of 1953. In the same year, her third movie called How to Marry a Millionaire was released. The film was also a great box office success.

During the filming of The Misfits, her health declined. She became severely addicted to drugs and was in a hospital detox for a week. Upon its release, The Misfits failed at the box office and got mixed reviews. Later, she spent four weeks in a hospital for depression and was helped by Joe DiMaggio, her ex-husband. In the spring of 1962, she returned to the public eye and began shooting for Something’s Got to Give.

Marilyn lived in Brentwood, a neighbourhood in Los Angeles, during her final months. On the evening of the 4th of August, 1962, her housekeeper was staying overnight at her home. The housekeeper Eunice Murray woke up at 3:00 am on the 5th of August and felt something was wrong.

She saw light coming from under the door of Marilyn’s bedroom but was unable to get a response. Psychiatrist Ralph Greenson was called, who broke into the bedroom through a window. Marilyn was found dead in her bed. The cause of death was reported as acute barbiturate poisoning.